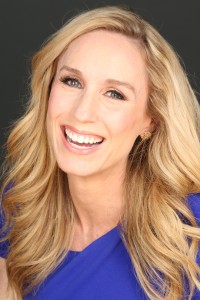 Danielle McLaughlin is a New York City-based Author, Attorney, and Legal and Political Commentator. Danielle appears frequently on U.S. and international TV and radio (including Fox News Channel, Fox Business Network, MSNBC, TVNZ, TV3 New Zealand, and the Sean Hannity Radio Show) providing analysis and insight on legal and political questions. Danielle’s legal scholarship is focused on important constitutional issues including the scope of the President’s power, reproductive rights, immigration, LGBT rights, consumer rights, property rights and eminent domain, and the tension between international law and sovereignty.  Danielle co-wrote The Federalist Society: How Conservatives took the Law Back from Liberals which was reviewed favorably by The New York Times, The Daily Beast, The Washington Review of Books, and the L.A. Review of Books. This work is of renewed importance in light of Republican control of the Executive, the Senate, a majority of state Governorships and Legislatures, and a conservative majority on the Supreme Court.

Danielle is counsel at the boutique NYC law firm Ford O’Brien LLP, and has practiced law for a decade.  She specializes in white collar defense and complex commercial litigation and has represented clients in state and federal government investigations.  She has also  conducted complex commercial litigation and patent litigation for companies in the healthcare, manufacturing, hospitality, finance, and securities industries.

Danielle is a #ChampionWomen ambassador, an organization dedicated to constructive debate, pushing back against personal attacks, and encouraging women’s voices to be heard.  Danielle writes a weekly column on U.S. politics for New Zealand’s largest Sunday Newspaper, the Sunday Star-Times and she also writes for the Daily Centrist.

Danielle is a triathlete and runner, a fan of the All Blacks (obligatory as a native New Zealander…), wife to Brendan, and mom to Olympia and Veronique.